The web site contains HTML5, CSS3 and Javascript elements. If the page does not display correctly, please update your browser.
The website uses cookies, to provide the best user experience. 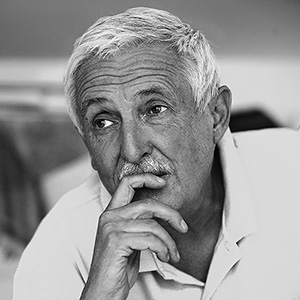 After receiving his architectural diploma Zoltán Bachman left the world of planning the adaptation of block of flats for the case of monument protection of religious Christian monuments that was especially contemned that time. The way to the successful implementation was long.

The first task was to educate the colleagues. Bachman succeeded to establish an interdisciplinary research, planning and construction background by founding an architectural college, later the university level education and finally the heritage protection doctoral school. Hardest task was to secure the financial background. In this case he received many help from Bishop József Cserháti, from architect Ferenc Mendele, who was the director of the monument protection office and from Ferenc Fülep, who was the director general of the Hungarian National Museum and the archeologist of County Baranya for more than 35 years. The financial help of the Austrian government, giving 1 million schilling, was also inestimable in the social times.

Second task was to develop the planning and construction methodology of the underground monument protection. Later on this methodology had to be implemented in practice. Besides water insulation, the main question of underground protective buildings, also the didactic and popular presentation of the artifacts was the aim of research. Greatest achievement of Zoltán Bachman’s professional life was the research and display of the 1600 years old early-Christian cemetery in Pécs. Well-known foregoers could only reach dreaming about this solution. Bachman could present the continuity of Christian architecture for nowadays people. At the time when visitors enter the area of early-Christian monuments they stop to talk, silence happens. The power of faith touches people as it did by the hedonist romans, who turned to be Christian. During his professional work Bachman always tried to introduce presentation with artistic effects in the case of monuments besides the display of scientific protection of built heritage.

As the third step Zoltán Bachman succeeded to turn the early-Christian cemetery complex, the pride of Pécs to school-work. Nowadays from pupils in the primary school till students in the doctoral school everybody has the possibility to learn about the world heritage site of Pécs.

Another special task of his professional career was to plan the museum of the Cathedral. The museum was placed in the downtown area of Pécs into a former moat between two city walls on the eastern side of the Basilica. It houses the stonework of the original cathedral originating from the 12-13-14 century.

The professional life of Bachman was at the same time his university career. It was a special present of fate that he could live his life for more than 45 years among young people. He had the possibility to hand on the torch of his knowledge about heritage protection to the upcoming generation. Young colleagues, who finished their studies in the doctoral school secure through their work continuity in the field of heritage protection with important aims, high quality in morality and ethics.

Zoltán Bachman died one day before the opening of the exhibition presenting his oeuvre in the Pécs Gallery that was designed by himself.