The web site contains HTML5, CSS3 and Javascript elements. If the page does not display correctly, please update your browser.
The website uses cookies, to provide the best user experience.

Marcel Breuer (1902-1981) was one of the leading figures in 20th-century history of architecture, and also the closely linked history of design. He is best known as the designer of the tubular steel chairs, though equally influential were his architectural works in the late Bauhaus. He designed several buildings in the US and Europe as well. 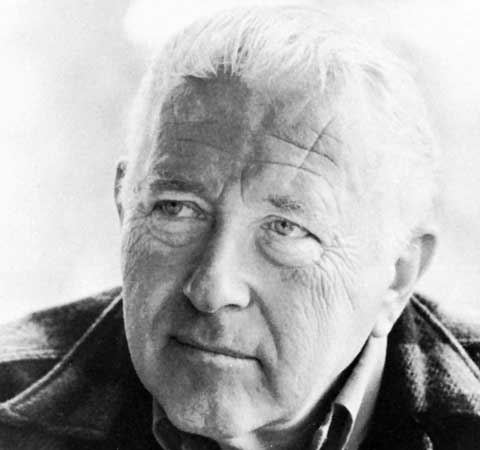 Breuer – nicknamed as Lajkó by his friends – was born in Pécs, a city in south western Hungary, in 1902. He went to high school there and later won a scholarship to study art at the Vienna Academy of Fine Arts in 1920. Frustrated by the course, Breuer dropped out and worked in a Viennese architect's office until a friend suggested that he apply to the Bauhaus, a recently founded art and design school in Weimar, Germany, where he was the student of Walter Gropius. Later he ultimately became head of the furniture workshop between 1925 and 1928, after the school had moved to Dessau. His experiments with tubular steel during this time led to a number of innovative furniture designs, including the legendary "Wassily" club chair, which soon brought Breuer international renown. During the 1930s, he solidified his reputation by creating furniture made of then-unusual materials such as aluminum and bent, laminated wood, and by designing sleek interiors for structures designed by influential architects. When Gropius resigned from the Bauhaus in 1928, Breuer followed suit and set up as an architect in Berlin. In 1931, he closed his office to travel in southern Europe. His first project carried out was the Harnischmacher House in Wiesbaden, Germany. Next year he won two first prizes on an International tender in Paris, in 1934 the Doldertal Apartments are built in Zurich, which he designed in collaboration with Alfred and Emil Roth.

In 1934 returning to Budapest was an unsuccessful attempt at architecture for Breuer. Though with József Fischer and Farkas Molnár they won the first prize for the architectural design of Budapest International Fair’s tender, and won another first prize with Marian Várnai for the design of National Social Security Institution an Hospital in Szeged, his Bauhaus diploma was not accepted by the Hungarian Chamber of Architects, therefore he had could not proceed his activity in architecture any longer in the Country. In 1935 he moved to London to work with F.R.S. Yorke, and then decided to join Gropius and Isokon. When Gropius moved to the US in 1937 to become professor of architecture at Harvard, Breuer joined him, soon becoming a professor too. Together they formed an architectural practice which began by building their own homes as two stored villas made from glass, natural wood and stone rubble. In 1946, Breuer left Harvard and opened an office in New York where his first partner was the industrial designer Eliot Noyes. Breuer also opened an office in Paris in the Fifties, and consulted on various renewal University projects in cities like Buenos Aires or Bogota. In 1970 he received honorary doctorate degree from Budapest University of Technology. He died in New York in 1981.